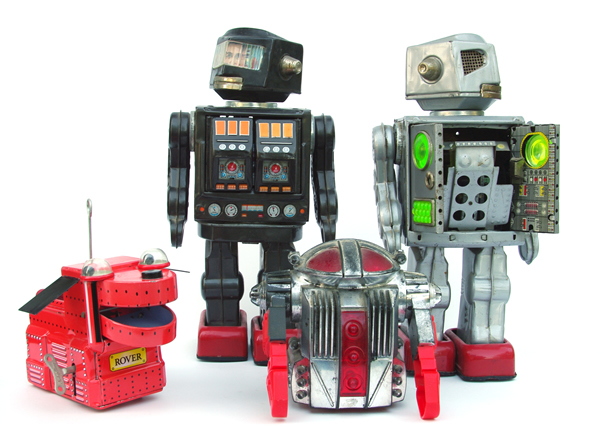 In 1986, General Motors announced that it would be opening a new plant to manufacture a revolutionary new car, called the Saturn. It invited economically-depressed towns from all over America to make the case that Saturns should be built there.

At the time, there was no more economically depressed city in America than Buffalo, NY. Over the past decades, Buffalo had lost steel mills, grain mills, auto parts manufacturers. Unemployment hovered at 14%. Though we did not know it, both the City and the County were hurtling toward insolvency.

How many people would the new Saturn plant employ? Four thousand? Five thousand? Whatever it was, it couldn’t be too many for Buffalo. We had a huge supply of people experienced in the manufacturing trades, and they were getting pretty tired of watching soap operas.

It ended up being about 700 – when the plant eventually located in Spring Hill, Tennessee. What we hadn’t anticipated – couldn’t anticipate, because there had never been such a thing – was that most of the manufacturing would be done with huge robots, computerized to endlessly perform routine tasks, day and night.

I think of this little adventure when I read about our jobless recovery from the 2008 recession. Think of it: the United States enacted a huge stimulus, embraced a trillion-dollar deficit, floated the Dow, the Nasdaq, the S&P back above their original levels, and still our unemployment rate remains stubbornly around 7 1/2 per cent. And this doubtlessly understates the calamitous state of employment in America; Social Security has had a tsunami of disability applications from laid-off older workers who are no longer looking for work and thus no longer in the unemployment statistics.

There’s an obvious explanation for our plight, but one I haven’t heard discussed much.

This theory – the “we’re superfluous theory” – also explains why there is such a huge disparity in income in this country and why the middle class is slowly drying up. I’ll get to that in a minute.

I’ve always suspected that’s what was happening – and, c’mon, you did too – but now I have evidence. Carl Benedikt Frey and Michael A. Osborne, both of Oxford University, have filed an exhaustive survey of 702 occupational titles. With anticipated advances in computerization, how many can we expect will become fully automated within a generation?

Frey and Osborne describe the effect of the Industrial Revolution on the manufacture of white muslin shirts. Prior to industrialization, it took one worker – one highly skilled worker – 1439 hours to put out a dozen dozen such shirts. An industrialized shop, though, could produce the same result using 230 unskilled workers in 188 man-hours. Assuming perfect coordination, we could have 144 shirts in less than an hour. And the skilled artisans? Oftentimes, they were running the shops.

We are not living in a time of scarcity now, and the principal (though not the only) effect of computerization is to reduce labor costs by reducing labor. My first job was working for a State Senator. He had three secretaries in his local office and three more in his Albany office. He had some minions, too (I was one of them) and in general it worked out to one secretary per minion.

They were highly skilled. They could take dictation on steno pads. One of them worked for Nelson Rockefeller in the sixties. The rule in his office was no white-out, no erasures. If you made a mistake, you had to tear up the page and start over again. She didn’t make many mistakes.

Now? I sit in an office of twelve lawyers. We have one Administrative Assistant. He is an expert in computers. We type our own memoranda, our own briefs. If we make a mistake, Word will underline it in red or green or blue (identifying the type of mistake it is) and suggest alternatives.

What happened to all those secretaries? Well, I don’t think they’re running the shop now.

Frey and Osborne identify three principal barriers (or “bottlenecks” as they call them) to computerization of any job. The first is the need for perception and manipulation – the dexterity and coordination which is characteristic of humans, and not so much of machines. People have traditionally considered driving a car to be a job which demands human attention.

The second is the need for social intelligence; being able to recognize the needs of others and to use that knowledge to negotiate with and persuade others. A therapist or a lawyer requires these skills to be successful.

The science of automation is slowly overcoming each of these bottlenecks. Machines are becoming more and more dexterous every year; self-piloting vacuum cleaners and lawn mowers are commonplace, and California and Nevada are clearing the way toward approving driverless cars.  Machines are increasingly savvy to the requirements of social intelligence as their capacity to process huge amounts of data increases. Every year, the Turing prize goes to the program which can most effectively mimic a human interface; the last couple of years the winning technology has sounded eerily real.

Frey and Osborne don’t identify lawyers as in imminent danger of falling to computerization, but sometimes I wonder. Legal research – long the backbreaking province of new associates – is now largely delegated to Westlaw or Lexis. And, as Frey and Osborne point out, Symantec’s Clearwell uses language analysis to identify general concepts in documents. How difficult would it be to apply such a system to the task of recognizing legal principals in the vast store of legal precedent?

And then there’s technique – which is to say, routine. When I get a lawsuit thrown onto my desk, I first look to see if the statute of limitations has expired. Then I see whether it was served properly, and in time. Then I see if it accuses my client of something for which my client is immune. And so on. Do you suppose a computer could do that much?

There are, so far, no computer programs which can replace creative intelligence, which would have been good news for Steve Jobs if he wasn’t already dead.

So what we have to look forward to is a vast swath of unemployment on the bottom, followed by a slew of hypercompetitive occupational titles where supply outstrips demand, topped off by a few creative types, with unique skills, making gazillions.

Does this need to be a tragedy? Maybe not. In the period after the second world war, we dreamed of the day when robots would do all our work for us, and afterward would bring us our cocktails and dinner.

We just need to figure out how to get there.