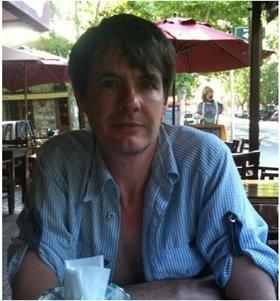 Theatre is a collaborative art form. Even though it is unusual, or, at least, not the norm, for a production to have two directors, it is, in some ways, a model that is representative of the qualities necessary for successful theatre — the balancing of distinct perspectives with a clear sense of authority (or, at least, from whom the final word will come).

Two of the most memorable Royal Shakespeare Company productions of the 1980s, which transferred with great success to New York, were co-directed by Trevor Nunn and John Caird (Les Miz and Nicholas Nickelby).

The most beguiling and endlessly fascinating aspect of theatre is that there are almost no hard and fast rules. A structure that works well in one situation may not work as well, or at all, in another.

The success of a co-directing structure is probably most likely with two people who, first of all, want to do the play; who, second of all, have ideas about how to animate the script in theatrical terms; who, third of all, are open to the ideas and impulses of a partner; and, who, fourth of all, will not be concerned about being seen as completely or unassailably in charge. (Perhaps you remember that old Ronald Reagan quote which I paraphrase, “It’s amazing what you can get done in Washington if you don’t care who is going to get the credit.”)

The fact that Jay and I are married and parents, of course, means that we are constantly collaborating, constantly negotiating issues of sharing authority and of being aware that there are always, for us, two perspectives that are coming from a similar point of view but which will never completely overlap.

Jay and I have worked together a lot. We have acted in plays together. We have each directed the other in plays. I have overseen, as Artistic Director of WSC, plays that Jay has directed. And, once before, with Richard III, we have directed a play together.

I remember one night when the drive home was strained; I had given a note that Jay felt was taking a scene in a totally opposite direction from what he had just worked it out to be, solving its problems. That small bit of conflict was, I see looking back, because I wasn’t sufficiently aware of what Jay was accomplishing. This kind of collaboration, therefore, necessitates a great amount of sensitivity from one partner to another.

On the flip side, though, it allows the production to avail itself of two sets of hands and two minds to work toward the most fully realized production possible. And, incidentally, that one hiccup aside, the production of Richard III is one we look back on with pride and feel was an extremely successful incidence of two directors working easily and well together and of two different perspectives illuminating a text more fully than only one would have done.

Theatre and film is replete with examples of couples who work successfully together. (One example we met when Jay and I saw the Mark Rylance in  Richard III last November: Sitting behind us were Amy Madigan and Ed Harris, a married couple who we had seen earlier in the week in the new Beth Henley play The Jacksonian.) I remember at one point noticing how many ex-couples kept working together: Bob Fosse and Gwen Verdon; Rosemary Harris and Ellis Rabb; Ingmar Bergman and Liv Ullmann; Barbara Stanwyck and Robert Taylor. Perhaps forging a successful working relationship can be easier than forging a successful personal relationship.

Anyway, Jay and I like working together and did so frequently before our kids were born. Our final hurrah on-stage together was at WSC in The Mistorical Hystery of Henry (I)V, in which I played Falstaff and Jay played Prince Hal. Since then, it’s been impossible for for us to work together, certainly to act together. One of us needs to be home every night with the kids. So, we’ve been kind of taking turns, one at home while the other is doing a play.

The great thing about this project is that we can rehearse it at home and, with only five performances., the commitment isn’t overwhelming and the time we need to both be away from home will be reasonable. At the same time, co-directing enables us to share the responsibilities so that neither becomes overwhelmed either with the things we need to do for the production or with the things we need to do at home and with our children. It will probably be a good while before we can work together again and both be away from home at nights for a five week run of a play.

So, Dracula: A Love Story is giving us the only chance we will have for a while to be Daddies to a cast as well as to Aksel and Ivona.

Married couple and fathers of twins, Chris Henley and Jay Hardee continue their collaboration as co-directors in this production. Christopher Henley began acting and directing around DC with Source Theatre Company in the late 1970s. He was a founding Ensemble Member at WSC Avant Bard (formerly Washington Shakespeare Company); was its Artistic Director for more than 16 years; and continues as its Artistic Director Emeritus and as a member of the Acting Company. Jay Hardee has been acting in the DC theater scene since 2005 and directing since 2008 with WSC Avant Bard, Church Street Theater and Clark Street Playhouse.