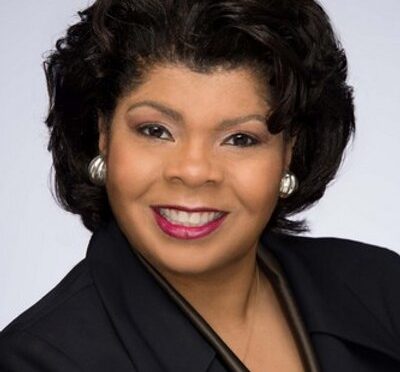 The journalist April Ryan has written a book about African-American mothers, and the effect that they have on their communities and their children. I am a sixty-five year-old man with no children, and I am as white as Dick Cheney. Thus I am, or should be, the book’s target market.

Ryan is not a theorist, and At Mama’s Knee is not a prescriptive document. It is, instead, journalism…which is to say it is an examination of the experience of Black families, great and obscure, one by one. She interviews Barack Obama — characteristically abstract — and also Gwen Carr, whose son, Eric Garner, was strangled by police pursuant to an arrest for selling cigarettes.

Nor does she exempt herself from examination. In fact, she examines herself twice, as a daughter and as a mother. If the book can be said to have a heroine, it is the author’s mother, the educator Mary Ryan. Mary Ryan led the EEO Office at Morgan State University and achieved her bachelor’s degree while raising April; she was working on her master’s when she died young.  Mary Ryan was part of a successful two-parent household, and April Ryan credits her mother for her own self-confidence, work ethic, and persistence.

She’s a little tougher on herself, in part because her own marriage came to a premature end. “I am a statistic,” she writes, “even though I came from a middle-class family unit, where my parents stayed together until death separated them. I am a statistic even though I work at the White House, at the seat of world power. And I am a statistic, even though years ago, as I thought about crafting my life, I thought that divorced status would not be me. I deeply hoped to be married until an old age or until death did us part. Neither was the case.” Ryan notes that African-Americans were less likely to marry than Caucasians or Hispanics, and more likely to divorce. The data clearly troubles her.

She draws perspective from talking to Valerie Jarrett, President Obama’s friend and counselor, who had a remarkably similar experience. Jarrett, like Ryan, is the daughter of professionally successful parents and comes from an intact family. Like Ryan’s, Jarrett’s marriage didn’t work out. In Ryan’s account, the challenge of a failed marriage helped Jarrett learn resilience, determination, and the courage to look within herself for answers. With the support of her family and friends, Jarrett pursued a professional career which was the equal of her skills while still doing what she needed to do to be a successful mother to her daughter.

It is these qualities of resilience and determination, rather than the success or failure of any particular marriage, which appear to matter to Ryan. Many of the stories in her book are about mothers who confront immense difficulties and overcome them by simply refusing to identify themselves with their problems. For example, she quotes Rev. Iyanla Vanzant:

“When I was on public assistance, I was not a welfare mother. Because for me those were states of consciousness and the labels that people put on you to hold you to their stands and criteria. If you show up looking like, acting like, thinking like, they think of you, you cannot expect them to treat you differently.”

Of course, single motherhood is no observer of racial boundaries; many white mothers have no partners, and require the assistance of the State to provide for their families. But many other passages deal with problems specific to African-American families.

For example: the relationship between urban Black families and their police force. Ryan doesn’t go in for sloganeering, nor does she oversimplify. She simply reports:

“[D]uring the summer of 2014, I had touched on race issues with my girls. I remember it vividly because it involved something so simple, but now so threatening, for a Black child’s life–my kids’ love of their soft-tipped archery and hand cannon sets. My younger daughter went outside to play with her launcher in our private, large, open-spaced backyard. In our neighborhoods, all of the yards adjoin each other, with no gates or fences except for a few neighbors; houses. So Grace was in the backyard playing with her toy, as kids do. My aunt happened to be over, and seeing what was going on, she ran outside, telling my six-year-old to come back in immediately! My daughter was shocked and could not understand why she was told to put her toy away. She didn’t think she had done anything wrong, but she felt like she had.”

But the aunt was right, because a few weeks earlier 12-year-old Tamur Rice had been killed by a policeman while he was playing with his toy gun. Now, I realize Tamur was an unusually large kid and there was an explanation for his killing, as there is an explanation for virtually every catastrophic act ever undertaken by a human. But the point here is not to relitigate the Tamur Rice killing. It is to understand that if you are Black and you live in a city, you are alive every moment to the possibility that you might have a disastrous run-in with the police. That’s different from my experience and, I’m guessing, yours.

Ryan looks for teachable moments wherever they occur, and then describes how mothers take on the hard job of teaching their children at those moments. She uses Larry Wilmore’s controversial keynote speech at the 2016 White House Correspondents’ Dinner, which concluded when Wilmore embraced the President and called him “my nigga,” for a thoroughgoing examination of that word, its origin, power, and context. She has a clear position — that word should not be uttered, ever, except in a historical or educational context — but she gives space to people who have a more shaded perspective. Her point, though, is that White folks have historically use the word to debase Black folks, and as a mother her responsibility is to teach her children that such debasement is not to be accepted.

Ryan, who covers the White House for American Urban Radio Networks, recently had encounters with two former reality-TV stars who have somehow found employment there. One apparently told her that she was on some sort of enemies’ list, and the other asked her to set up a meeting with the Congressional Black Caucus. This misunderstands her function. Ryan, like all good reporters, works to tell us things that we don’t know. That’s what makes At Mama’s Knee worth reading.