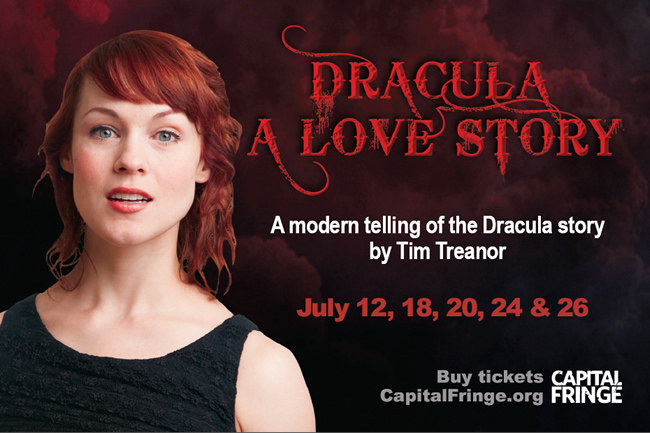 A fresh take on the Dracula story

For dinner, he can dine on any of the fresh kills provided by his butler Renfield.

Awash in a field of plenty, Dracula has one problem: his beloved bride, Mina, is dying and  his sights are set on Lucy, a beautiful but bored graduate student.

A modern telling, Dracula’s nemesis is the scientist Eva Calderone, a fiery vampire killer. “He is the prince of liars. Don’t swim in his bullshit!” she warns. Film fans will recognize a tribute to The Hunger and other Dracula films.

There is a tragic twist at the end that reminds us the subtitle of this drama is “A Love Story.” Just not the one you are expecting.